James Gunn and co on Guardians of the Galaxy 2

The Guardians of the Galaxy crew did a watchalong of the second movie just like I wanted, and it was at 2am my time. Aw no. But, just like last time, I decided to put all the most substantive tweets together!

James Gunn and co on Guardians of the Galaxy 1

Apparently there was a watch-along of the first GOTG yesterday and James Gunn and the cast shared some stuff! I missed it all being in the wrong timezone and all, but here’s the highlights! I had a blast reading them, I hope they do Vol 2 next.

I really don’t like that Quill ran out on his grandparents, never have, but it does make for good fanfiction fodder I guess. I doubt they were close.

I had an absolute blast reading this. I DO want a Ravager spin-off SO DAMN BADLY and also that “jerk-off” line should have been in the movie.

Well if it isn’t the Guardians of the Galaxy, back for another funny, action-packed comedy adventure, shockingly rooted in deep, painful and beautiful emotion. On a scale of 1 to MY HEART EXPLODED, how awesome was it to see the gang again? The sequel was highly anticipated after the success of the original, which, let’s be honest, was a bit of a gamble in itself.

Sequels are hard, especially when the original was so beloved. But, Vol 2 knocked it out of the park, bringing us everything we have come to expect from this rag-tag group of lovable dickheads.

AND it solved the mystery of Quill’s parentage!

The movie began with a peek into the whirlwind romance of Peter’s parents, with her being awesome and him being CGI. He showed her a glowing flower-type thing in the forest (I’m sure it’s nothing), and then they made out a bunch.

To celebrate the occasion, here’s some of my favourite ladies from fiction!

Over the past few days I’ve been archiving lots of older stuff (from the bits of my old tumblr/twitter/facebook that the Internet Wayback Machine caught.) After all, the clue’s in the OVERLY DEVOTED Archivist name. So I thought I might post links to some choice older nonsense here, meticulously labelled, for your viewing pleasure.

The saddest piecharts you will ever see (2013)
Long, rambling, very annoyed review of the BBC miniseries (2019)

Guardians of the Galaxy 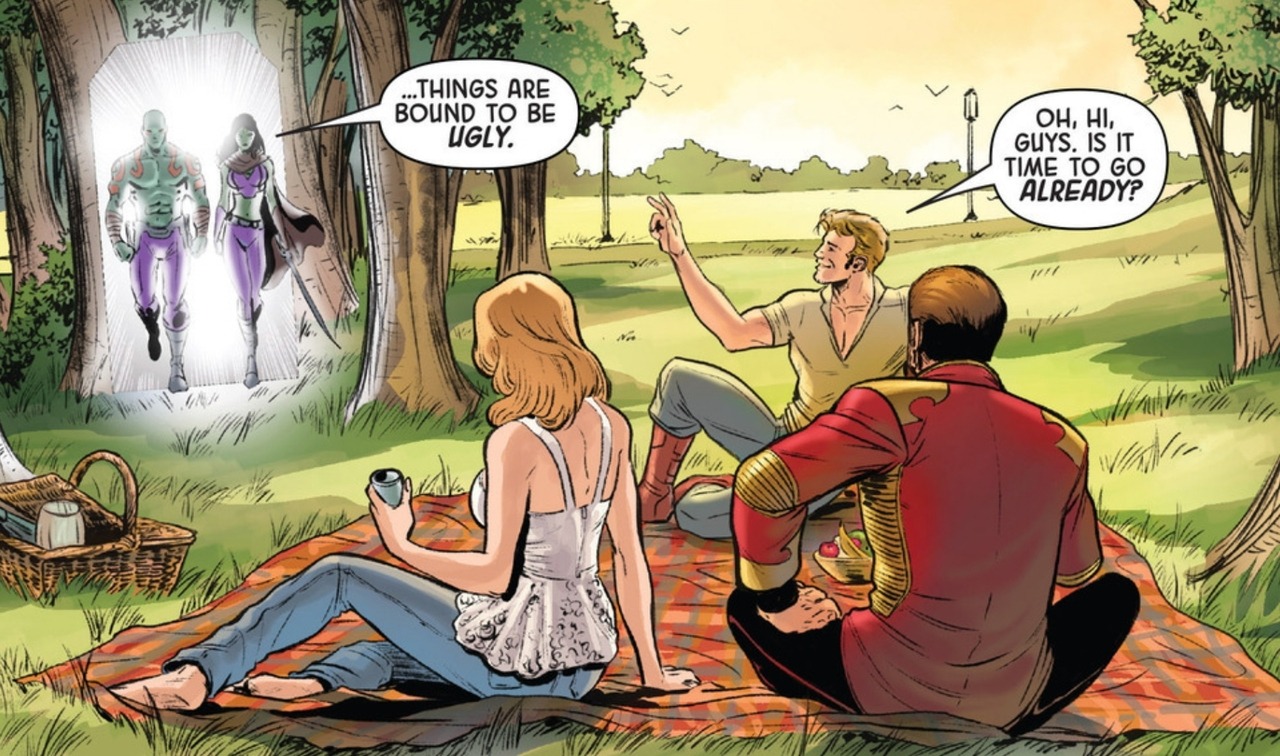 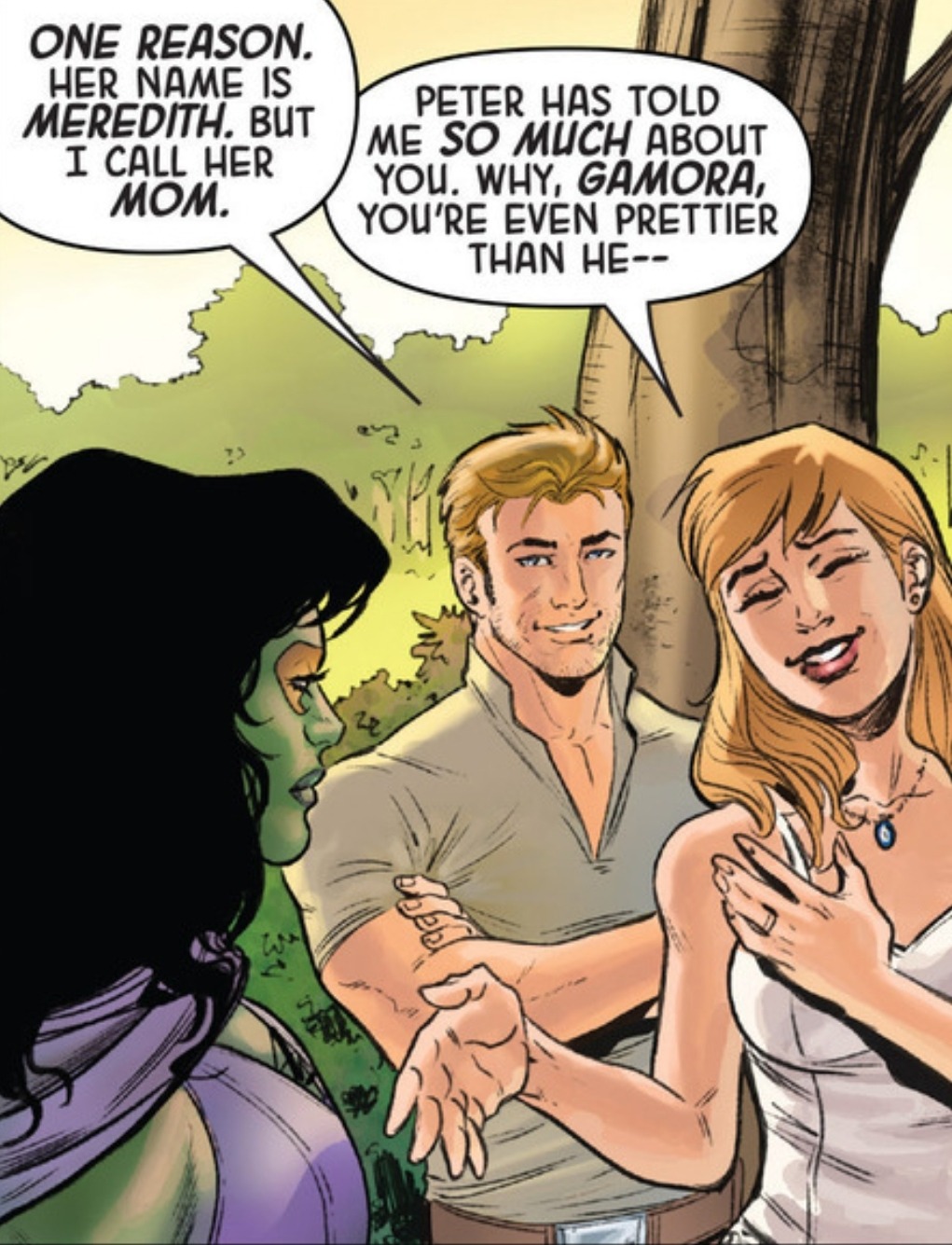 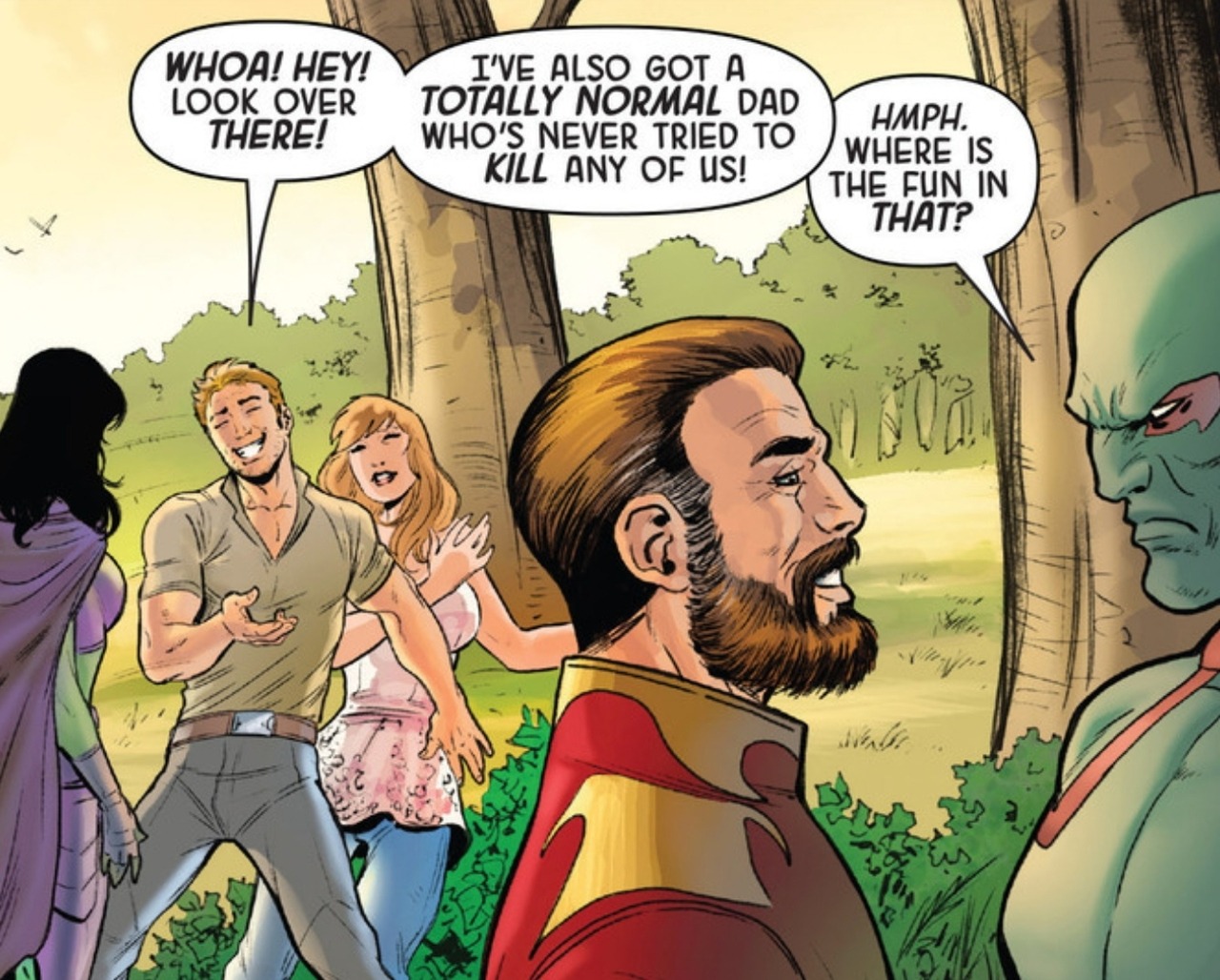 (thanks for enriching my life with this, anon!)

I know these last few months have been hard for you, and I know it’s because of the special bond that we share. But I’m going to a better place and I will be okay and I will always be with you. You are the light of my life, my precious son, my little Star-Lord.

I do think Peter Quill’s trauma tends to be a bit overlooked in fandom. When you realise how long the list of traumatic things is, and how many of those things are discomfortingly realistic I guess, it kind of… jumps out at you. (trigger warnings: child abuse , child murder and some discussion of rape. spoiler warnings: Infinity War.)

Y’know after Vol 2, there was a brief wave of people saying “God, Peter’s been through so much, it’s amazing he hasn’t completely snapped.” That one scene in Infinity War which people are calling him a villain or a man-child over? That was him snapping.

The fact that Meredith got a mention in Infinity War made me wanna finish writing that fanfic I planned exploring her life. I have total writer’s block, unfortunately, so this is all I have so far. I figured I should post it here just in case it’s all I ever have:

[Background: Meredith just found out she’s pregnant and has informed her parents and brother. Also, I too subscribe to that headcanon I keep forgetting isn’t canon, that “Jason” was probably the name on Ego’s driver’s license.]

“Jason,” Meredith said, although the name came out in such a panicked jumble that it sounded more like “j’son.”

“And where,” said her father, his hands noticeably quivering, “is Jason now?”

“I don’t know,” Meredith mumbled, thinking of the spaceship.

She felt like she was standing on the outskirts of Hell as she looked at the floor and whispered “I don’t know that either.”

“Oh, Meredith,” said her mother. “You didn’t even…” She took a deep breath as if to compose herself. “I’m so disappointed,” she said. “So, so disappointed.”

Her father suddenly decisively took her mother’s hand and lead her into the other room.

“We’re gonna talk about this privately,” he said. “Stay there.”

Meredith had no idea why she wasn’t included in the “we’re”, but she clearly wasn’t gonna be for a while. Her father closed the door on her. Thomas spoke up for the first time.

Meredith absolutely knew that one. And couldn’t say. “Thirty,” she muttered.

For the next few minutes there was muffled conversation from behind the door, and Meredith stood still as a statue.

Her mother marched out first, and her father tried to hold her back, but she was having none of it.

“You’ll have an abortion.”

“Don’t you dare be sarcastic to me. How can you want this kid? Are you insane?”

“Honey, it’s up to her,” said Meredith’s father, although he said it very quietly.

In a fair world Meredith’s life wouldn’t have hung on that decision, but it did. And it wasn’t. “I want the baby.”

“Are you sure?” her father asked, rather desperately.

“Do you want a baby,” he said, picking his words very carefully, “or do you want Jason’s baby?”

“I want my baby.” They were fightin’ words.

“Since when have you or I given a damn about what anyone else thinks, Mom?” Meredith asked. “Actually, if we’re doin’ questions, when d’ya think would be the right time to tell the kid his own grandmamma was callin’ him an “it” before he was even out the womb?”

Mary’s mouth opened and closed like a fish’s. It was almost funny.

“You think it’s a boy, huh?” Thomas said, speaking up before anyone else
could.