in a lot of ways, benoit blanc is a love letter to the eccentric detective trope, right? but I think he gets what a lot of other characters who try to fit that archetype don’t: he is a very caring person who wants to help people.

the original Sherlock Holmes stories, everything with poirot- the two most famous eccentric detectives. both of them go out of their way to help people, even if it won’t help them solve the case.

so benoit blanc’s willingness to help strangers, concoct crazy plans, and how he will always help someone who’s scared or in emotional distress is a key part of the character type that im glad they kept.

it also sets up the female leads very well- at the end of each movie, we follow them more then blanc, and see how his kindness to them allows them to complete their story and get what they need.

I’ve always been saying that about SH – he could be anything. World-famous musician, celebrated academic genius, or he could be doing what his brother does.

But he is not.

He’s the consulting detective outside the system who helps the people said system fails. If you’re rich, he’ll take your money, sure. But if you’re poor, he’ll help you anyway.

That girl who comes to him about her new employers having a weird vibe? He doesn’t dismiss her. He takes what she’s got to say very seriously – and it ends up saving her life.

And that tells you everything you need to know about what kind of person he is. Honestly, I’m so over the cold, lonely genius trope. Not even the source material supports it.

Benoit Blanc is a much, much, much better modern Holmes than BBC Sherlock.

It came out like… two years ago? But I finally saw Wreck-It Ralph 2. It was good! Very much a metaphor for what takes place in a parent’s mind when their kid moves out, I think.

(It completely tramples over a pretty major plot point from the original though, the question of what happens if a character isn’t in their game, but eh we’ll ignore that.)

This film is basically Ready Player One for kids, PACKED full of references. However the one I laughed the most at was this one during the credits:

I wonder if they got permission from the BBC for that but actually it’s much funnier if they didn’t.

Anyway… I would absolutely love to cosplay as Shank one day.

I actually have almost those exact same jeans and that exact same jacket! Stroke of luck! 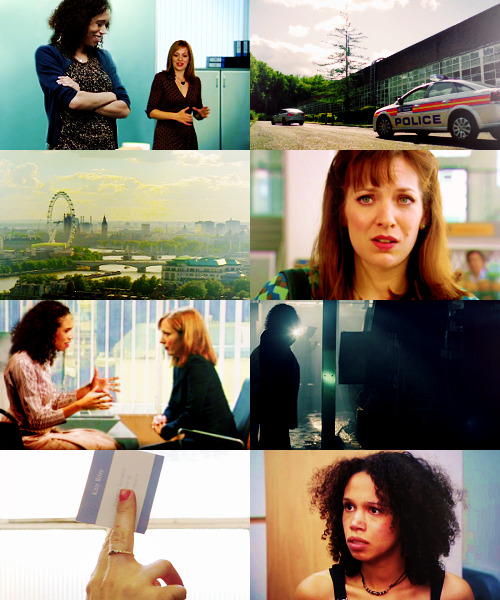 An actually surprisingly plausible Sherlock AU where Sally Donovan and Kitty Riley bond over their dislike of that detective bloke, team up, have lots of adventures and possibly end up girlfriends

Did someone write this yet? Please hit me up with it if so.

thistie replied to your quote: We didn’t want to introduce [Mary Watson] and then…

Am still not entirely convinced and not be salty about it, but will take this into consideration. X

I can totally get feeling ambivalent. I think I see what they were going for, but also the complications it hits in conveying that to the audience.

I think it’s clear their goal was for Mary’s death not to just be a way of driving John and Sherlock apart but of driving them to be better. Her legacy and desires sort of govern series 4 posthumously, and her presence to the team is still very great, as evidenced by both John and Sherlock still seeing and responding to her. The point is trying to be that she is the core of this legend, that she is who tells them to be great and be the legendary Sherlock Holmes and Dr. Watson.

But for one thing, that’s one of two main arcs of series 4 that don’t quite mesh. The other arc of series 4 is the Eurus stuff, which is a very very different concern. They dovetail thematically as being the two women who drive Sherlock and John to be better, Mary bringing out their best and Eurus showing their worst to work away from and exposing the emotional growth Sherlock has had, which is tied together in Mary’s closing speech. But in terms of plot motion, they don’t really intersect very well at all. There’s little in concrete events that demands Mary’s legacy be the question when investigating Sherlock’s secret sister. And so though thematically she’s still very present and her closing speech ties it together nicely, The Final Problem does feel at a distance from her agency and her legacy.

Plus it’s just a fine line. Fridging is a common issue and you can’t read Mary’s fate in isolation from it, now matter how well-meaning or well executed it is.

The line between her dying for John and Sherlock’s angst and her dying on her own terms and leaving a legacy defined by the two men is pretty slim and I can see why people would say basically nonexistant. This show is defined by men, and having its strongest woman die and in the process drive further relationships is just gonna innately look like fridging when the rest of the main characters are men. And while angst isn’t the sole purpose of her death, it is a very prominent result that does look like every fridging ever.

I don’t hold it against Moffat or Gatiss and I do think they did well given the choice to kill Mary, but I really don’t think that was the right choice in the first place. I love many elements of it. The Six Thatchers is an utterly fitting note for Mary to go out on, if such a thing needs to happen. It’s in-character and it fits her arc utterly perfectly, and I genuinely adore it. And I adore her legacy in the following two episodes, they are all my favorite bits of those. But frankly, the show would be better with her still there in the flesh. 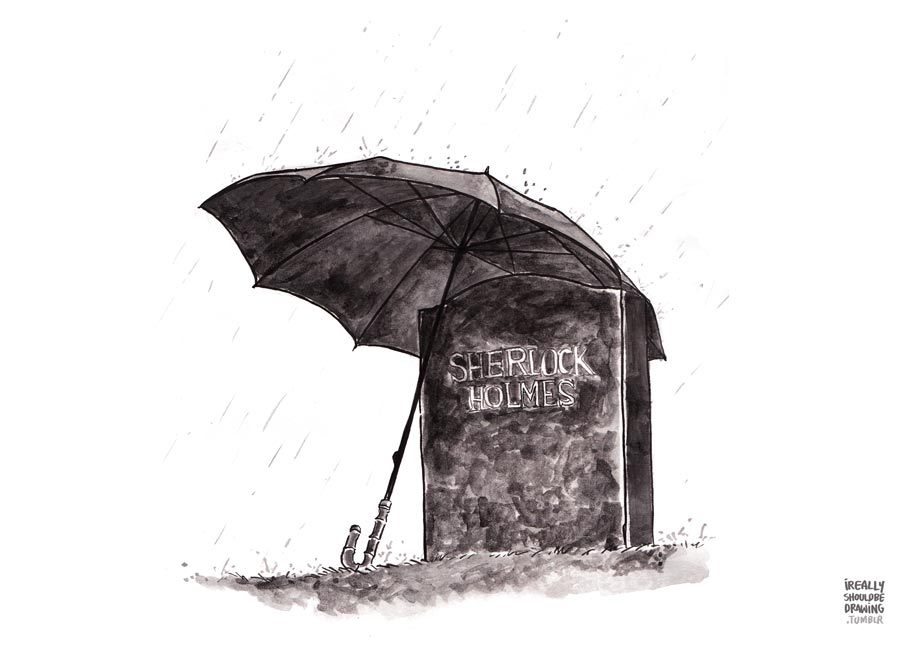 Overly Devoted Archivist Uncategorized (And I also disagree strongly that Martha's appearence in s4 was small and disappointing), (And I do love Molly too), doctor who, martha jones, molly hooper, sherlock 0 Comments

Why? What are the differences?

The difference is that Martha spent her entire season jealous of her crush’s ex girlfriend, spent an entire year devoting her life as a kind of apostle for her crush’s gospel, in a way, then left the show completely after only one season, only returning for one small and disappointing cameo, ultimately being an awesome but woefully neglected character. I am completely mystified as to how this is better in any way, TBH?

No wait I figured it out. Both Molly and Martha threw a wrench into the big popular ship of their respective shows, and the characters were both widely insulted by the big shippers. But Martha was written out after only one season. So that’s the correct thing to do with female characters with unrequited love for a man who doesn’t love them back: quickly remove them.

Of course, that does rather beg the question as to why, if Martha was the better written character, she got years and years worth of hatred which has barely subsided even now and Molly is universally loved.

(Though we know the answer.)

current mood: queer, petty and tweeting mark plot inconsistencies for the rest of my life

Do you realize this is harassment, will get you reported to Twitter and that you’re fucking crazy?

I’ve seen references to stuff like this on my dash but this is the first I’ve actually seen it and, frankly, it’s startling. All of the notes of support and acceptance are as well.

This is not how you should treat other people. They made a TV show, you watched it, that really and truly is where your relationship with the creators begins and ends. The creators don’t owe us anything. It is ok to be upset at the way the show went. It is fine to discuss it in the fandom. It is not ok to harass the creators, and this is harassment.

Please imagine for a second that someone was doing this to you or your friends on twitter because they didn’t like something you said/did/made. Just because they are famous does not mean we stop treating them like people with feelings.

As a fandom we need to be better than this.

(And in the event anyone actually read this, please no harassment of the OP or others either. That also doesn’t accomplish anything.)

Tumblr is a public platform. It belongs to anyone who joins and is not private. Nor is Twitter, and what the OP is doing is not writing on Tumblr, but sending dozens and dozens of antagonistic yet almost nonsensical messages DIRECTLY to Mark Gatiss on Twitter by tagging his username and being boosted and applauded for it by a toxic community. It is the definition of harassment.

I don’t give a good goddamn if some of you all didn’t like an episode of a TV show. Don’t like it, don’t watch it again. Rant about what you don’t like, then move on. Watch something else. Create something else. Better yet, turn off the computer and go outside.

I have seen dozens of example of Johnlock conspiracy theorists threatening and harassing other fans, cast and crew. I have seen people making open and public plans to do worse and bring their online harassment into physical reality, egged on by a toxic community. That is not okay.

Tumblr is an often an echo chamber that tells people whatever they do or feel is okay. Most of the time it’s harmless. But I am not going to sit back and watch people get away with being patted on the head and told that their mentally unstable behavior is worthy and should be applauded. Don’t kid yourselves that these are children either, because most are not. These are adults going crazy because two characters on a television show didn’t kiss. They are being actively reinforced in their rage and irrationality. They are being told they are brilliant and were owed something and that was taken away. They are being whipped into a frenzy and treating the real people behind a fictional creation as also fictional, as if they are mere names or two dimensional characters on a screen.

This is frightening because it is pathological behavior. A crucial component of celebrity stalking is dehumanization. That we live in an era where social media can magnify and reinforce that is terrifying. Mark Gatiss, Steven Moffat, Sue Vertue, et al are not invisible gods who materialized a creation into thin air and who you can rage against blindly. They are not symbols of a conspiracy specially built to target you. They are real human beings with friends and family and lives and people on this site are responding to threats and harassment with cyberchants of, “Yeah, nail them to the wall, yeah dog ‘em, yeah get them, make them pay.”

It’s not normal, it’s not typical behavior, it’s not “for the fans.” It’s fucking disgusting.

Over the past couple days I’ve seen more than one post saying “Let’s stop pronouncing Gatiss’s name ‘gay-tiss’, [a reference to this tweet] he doesn’t deserve to be associated with the word”

His identity as a gay man is not some sort of prize for good behaviour that can be taken away on a whim. Jesus christ.

Inspired by @dinnerxx – original lines from The L Word

I’ve seen this quote-graphic for both Molly AND Mary, now. Fits fine both times. Oh Sherlock.

Overly Devoted Archivist Uncategorized I know I know they probably recast him but it's funny to think of, sherlock 0 Comments