A North Carolina cosmetics saleswoman in the Big Apple for a brief business trip was thrust into the crisis of a lifetime — and discovered the inner beauty of what she thought would be a city of coldhearted strangers.

Shelcie Holbert, 23 years old and six months pregnant, arrived on June 17 with three days’ worth of black clothes — her unofficial uniform as a sales rep for the Kiehl’s cosmetics company….

Holbert delivered Rosalie Grace on June 26 at a mere 1 pound, 9 ounces, just a bit larger that her mom’s hand.

Rosalie was whisked down the hill to the neonatal intensive care unit, or NICU, where she would begin her battle to live. Her chance of survival was estimated at 50 percent to 70 percent.

Meanwhile, her parents had their own survival to think about in an unfamiliar, and costly, city where they would have to live for at least the next three months.

“I had no idea how expensive it is here,” Holbert said.

She said the hotel where the couple stayed for the first few days cost $4,000 a month.

Kim Kaplan, a Hamilton Heights mom whose twins boys were born early in May, started chatting with Holbert in the NICU lounge and was floored by what she heard.

“It just seemed so overwhelming to me, to be in New York and not have anyone you know,” Kaplan recalled. “I just felt terrible for her.”

That night, she put out an appeal on the UWS Mommas Facebook group, a community where Upper West Side women trade tips and seek advice.

An army of New York moms rushed in.

Jenna, who lives near the hospital and owns a second apartment in her building that she is trying to sell, immediately offered it to Holbert and Wallace….

Upper West Side mom Toby Baldinger read the appeal and wanted to make sure the new parents had a hot meal every night without having to think about dinner. She gave her credit card to a nearby diner and told them to deliver the day’s special to the apartment every day for two weeks.

Homey dishes like pot roast and penne pasta awaited the couple after they returned from long days at the hospital.

Other moms started delivering home-cooked food, and one is even baking treats for the NICU nurses. Even more women donated gift cards and clothing suitable for a nursing mom.

Meanwhile, Rosalie is making steady progress and already weighs 2 pounds, thanks to tube feedings with her mom’s milk.

And a heavy dose of New York City love.

If you don’t know James Shaw Jr. He fought off a gunman in Antioch Tennessee at a Waffle House. He saved lives. 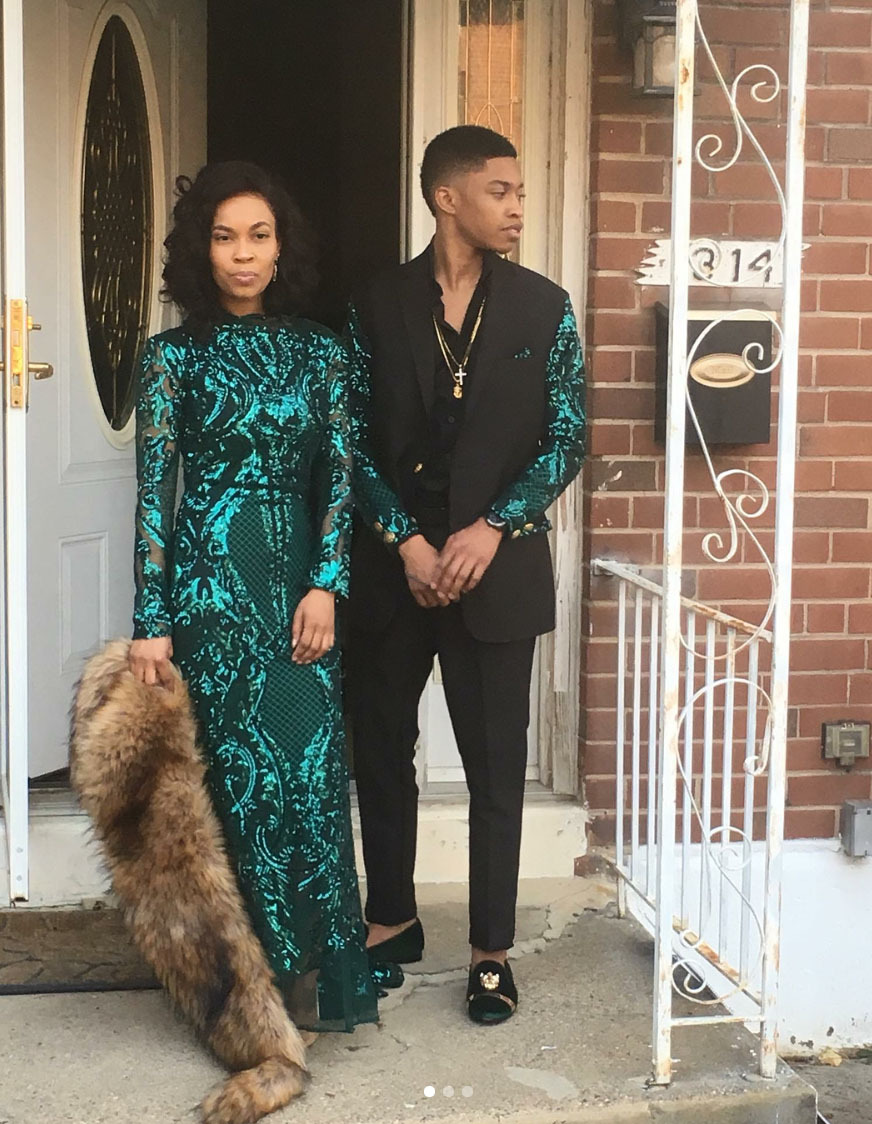 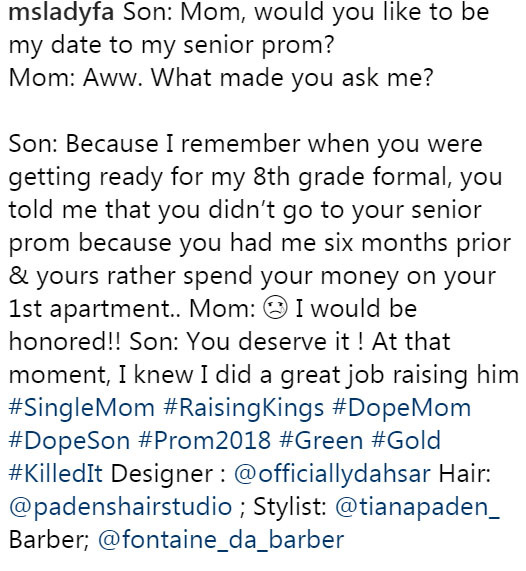 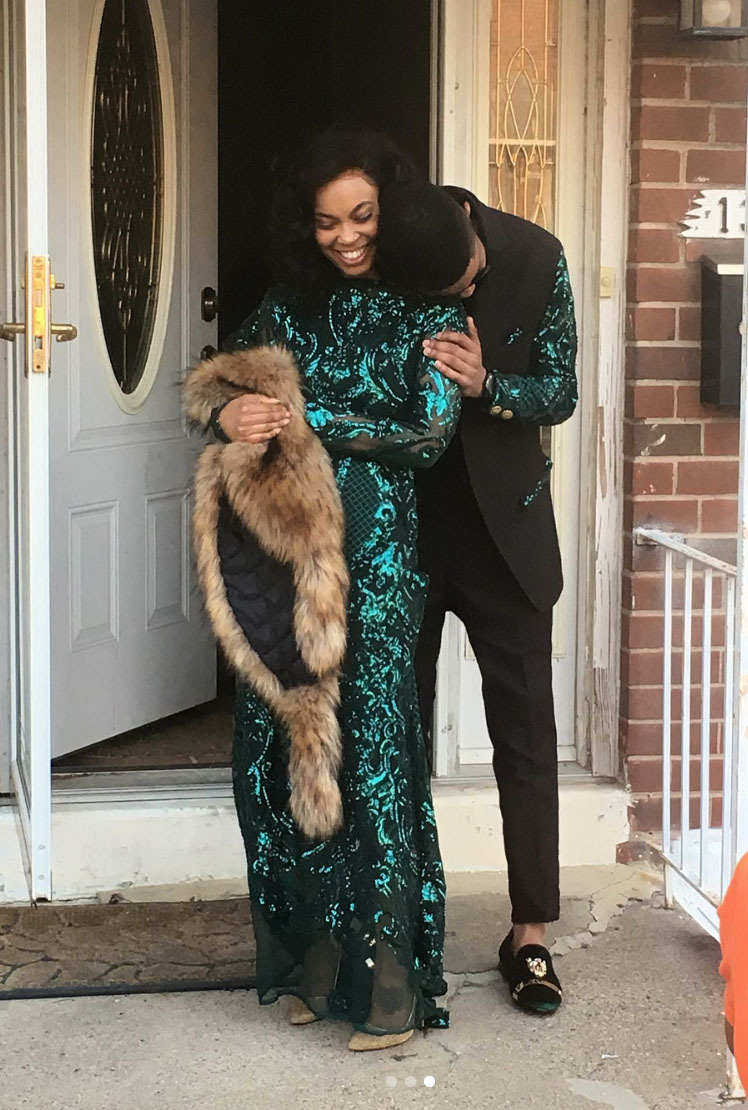 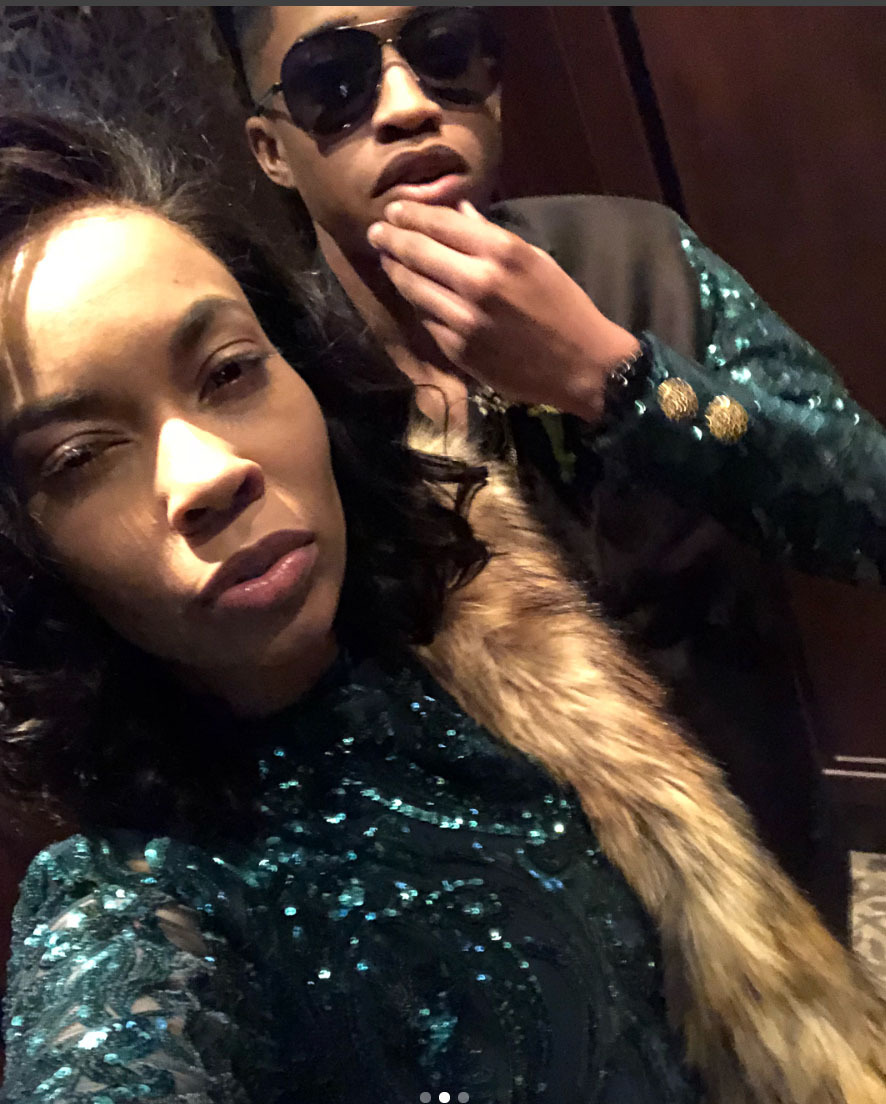 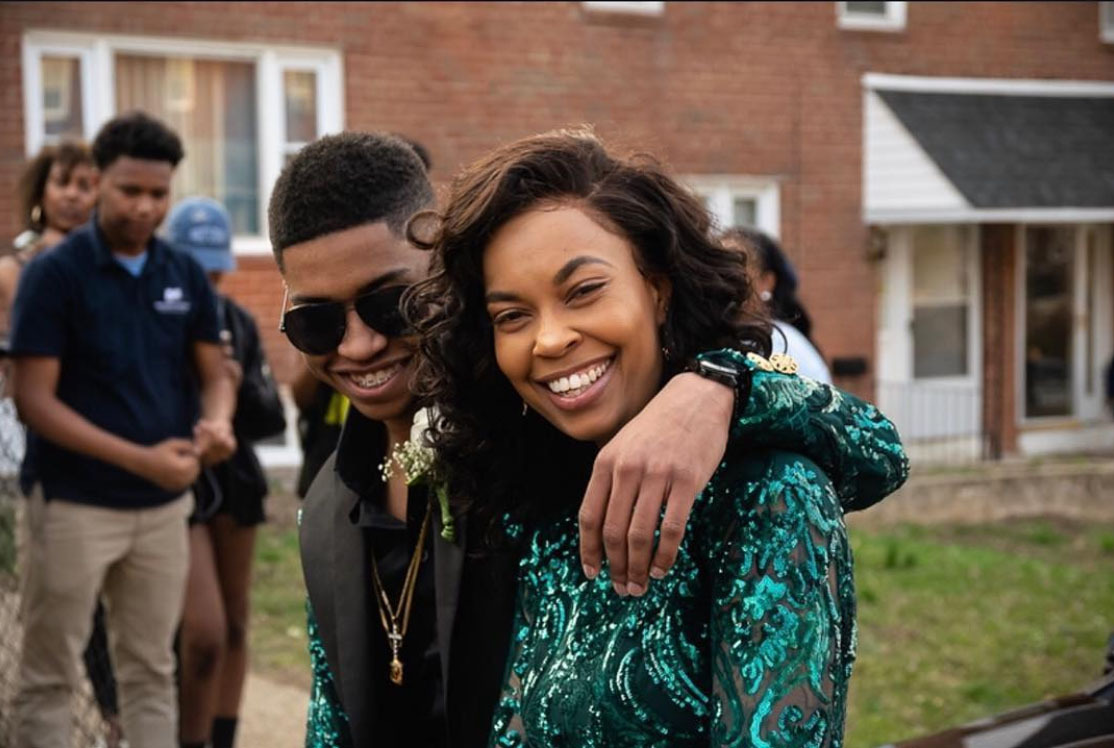 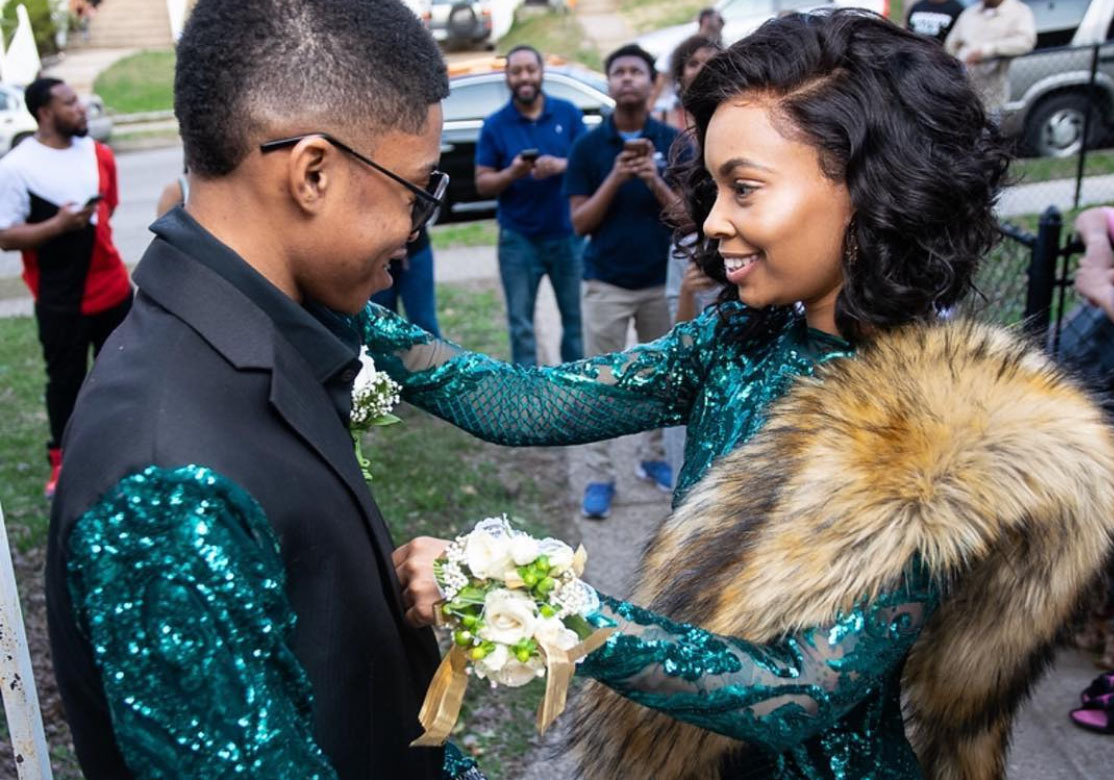 I thought this was very sweet. Young Nassir asked his mother, Fatima, to his senior prom. It looks like they had a swell time and their outfits sparkled in all their matching glory.

That is so sweet 😭 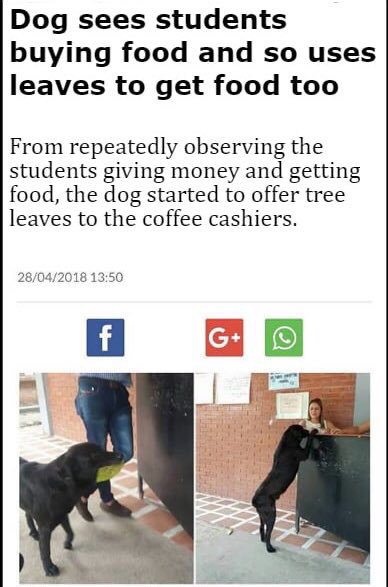 I saw a sad facebook post from the gay bookstore back in Ann Arbor where I used to live about how they hadn’t sold any books that day so I went on their online store and bought a couple, and while you don’t get #deals like elsewhere online, I’d love it if y’all would consider buying your next gay book from them instead of like, Amazon.

THIS IS THE BEST COMMERCIAL EVER

I’ve reblogged this so many times because I truly think every parent should involve themselves with what their child enjoys.

Not to mention this is an act of solidarity. He’s saying “even if the entire world is against you, I’m on your side.” Which I think is important for a kid to know. He’s refusing to be a bully to his child, even if he doesn’t understand.

I work at Hot Topic and we had a white suburban dad in who was buying matching heavy metal/screamo band shirts for him and his teenage daughter and said “To be honest, I think this stuff sounds like garbage, but she likes it so we listen to it together and we’re going to the concert for Christmas.” And it was just really heartwarming to see him so involved in his child’s life and validating her interests.

I WILL NEVER NOT REBLOG THIS.

“I don’t get it, but I love how you love it” is one of the best things anyone can say. My entire family asks questions about comics because they want to share my enthusiasm for them and support me, even though they otherwise wouldn’t pay attention to the industry at all.

I cried when I first saw this

This is amazing and really important

I went though a goth faze in my teens (like most) and I wanted more than anything to paint my room black. My mom was supportive of my personal expression in terms of my clothes and hair and accessories but she was genuinely concerned about the toll a black room would take on my mental health (I was already prone to recurring depression at that point and still am). I begged for months to repaint my room, but she wouldn’t budge.

One weekend i spent with my dad and when I came back she had repainted my room. A beautiful deep blue on three walls (my favourite colour), lovely sky blue on the ceiling,and one wall was black. The black wall had been sanded smooth and painted with several coats of chalkboard paint. She gave me a couple boxes of chalk and told me to have at it. I LOVED that black wall and wrote on it every day. I drew on it, I doodled, I wrote out my favourite emo song lyrics, wrote reminders for myself, anything I wanted. It was my favourite part of my room and was something that it would have never occurred to me to ask for. It was something only my very creative and clever mom could have come up with and I’m still grateful to her for it.

In retrospect, a room of black walls would indeed have been encouraging a reacurrence of my depression and my moms answer was the perfect compromise. That black wall ended up being the most colourful part of my room.

Wow this is really beautiful. You have a great mom A family friend sponsored a Syrian family in Canada and I set up their cable and Internet services awhile back ..

So my boyfriend did a thing.

My boyfriend of over 2 years sent me a game over skype. He said he wants to try and make Pokemon games since I play them so much. I opened it up and was super excited.

It seemed really well done and was super ready to start on my adventure!

He left a lot of cute notes and tips around town.

He remembered my favorite Kanto starter.<3

I was surprised it ran pretty well. I went on my journey and leveled up my Pokemon!

He showed me support and encouragement through a ton of NPC dialogue.

Then as im ending the game I come across this.

That is the most adorable thing ever.