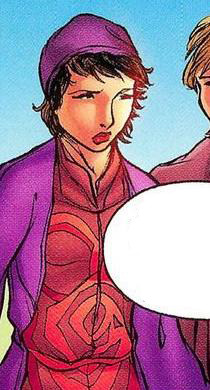 Astri Oddo was the adopted daughter of Didi Oddo, who found her on the doorstep of his cafe. Astri eventually became a cook at a the cafe. Obi-Wan Kenobi and Qui-Gon Jinn were regulars of the cafe, and when Jinn was captured and Astri’s father shot by the bounty hunter Ona Nobis, Astri and Obi-Wan worked together to find Jenna Zan Arbor, who had Jinn and a cure for Astri’s father. Astri married Senator Bog Divinian and had a son, whom she named Lune, with him. But she eventually left him with the help of the Jedi and made her home on Nuralee.

Years later, Astri sabotaged the planet Samaria’s computer systems with the permission of the prime minister. Emperor Palpatine sent Ferus Olin to capture her. Instead, he helped protect Astri and her son and hid them on a remote asteroid. Eventually the relocated to Dex Jetster’s safe house on Coruscant. While living there, Lune was kidnapped by the Empire, but Dex was able to arrange to have him rescued. Astri become involved with the Rebellion and was eventually killed attempting to destroy an Imperial factory on Bellazura.

I had no idea Astri appeared in any of the comics

Where does she show up?