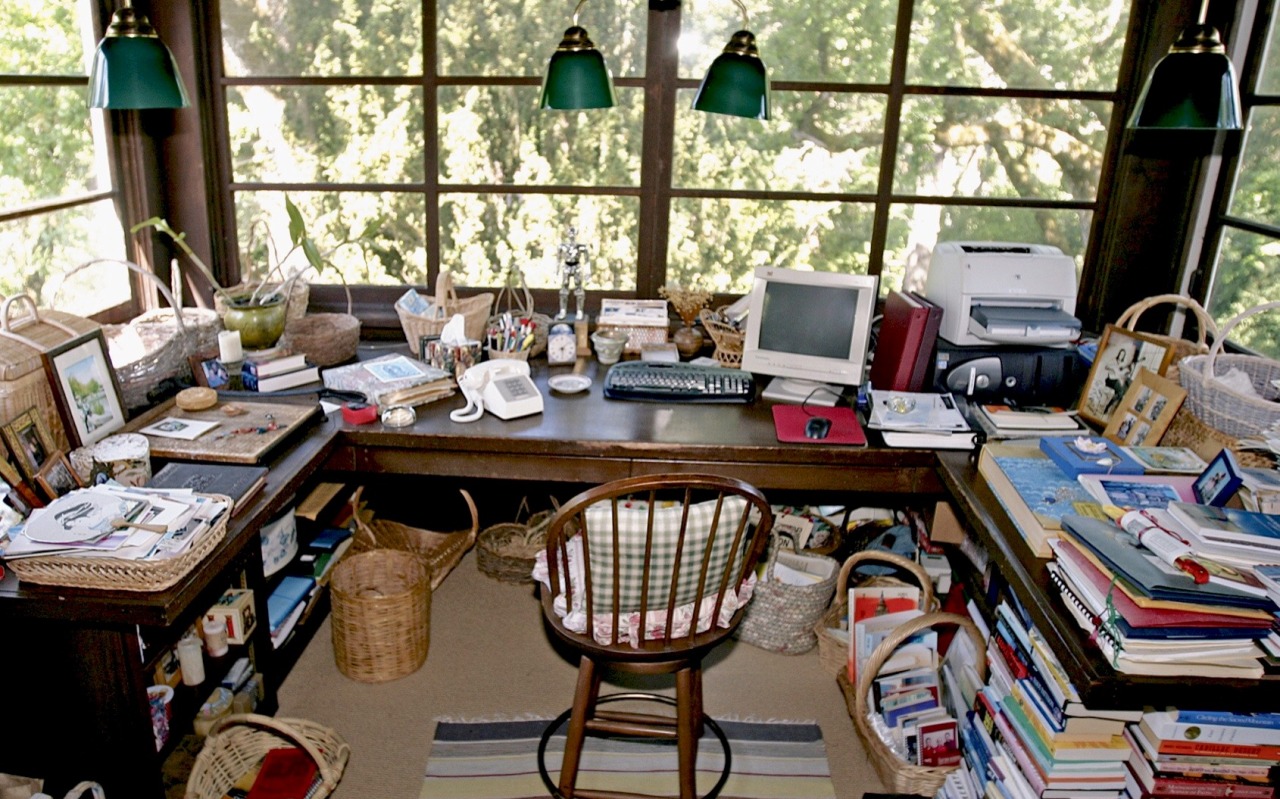 George Lucas’s office in his former home in San Anselmo, CA, where he wrote the first drafts of Star Wars. Lucas made the desk from three doors.

“I grew up in a middle-class Midwest-style American town with the corresponding work ethic. So I sit at my desk for eight hours a day no matter what happens, even if I don’t write anything. It’s a terrible way to live. But I do it; I sit down and I do it. I can’t get out of my chair until five o’clock or five thirty or whenever the news comes on. It’s like being in school. It’s the only way I can force myself to write.” – George Lucas

Source: The Making of Star Wars: The Definitive Story Behind the Original Film by J.W. Rinzler