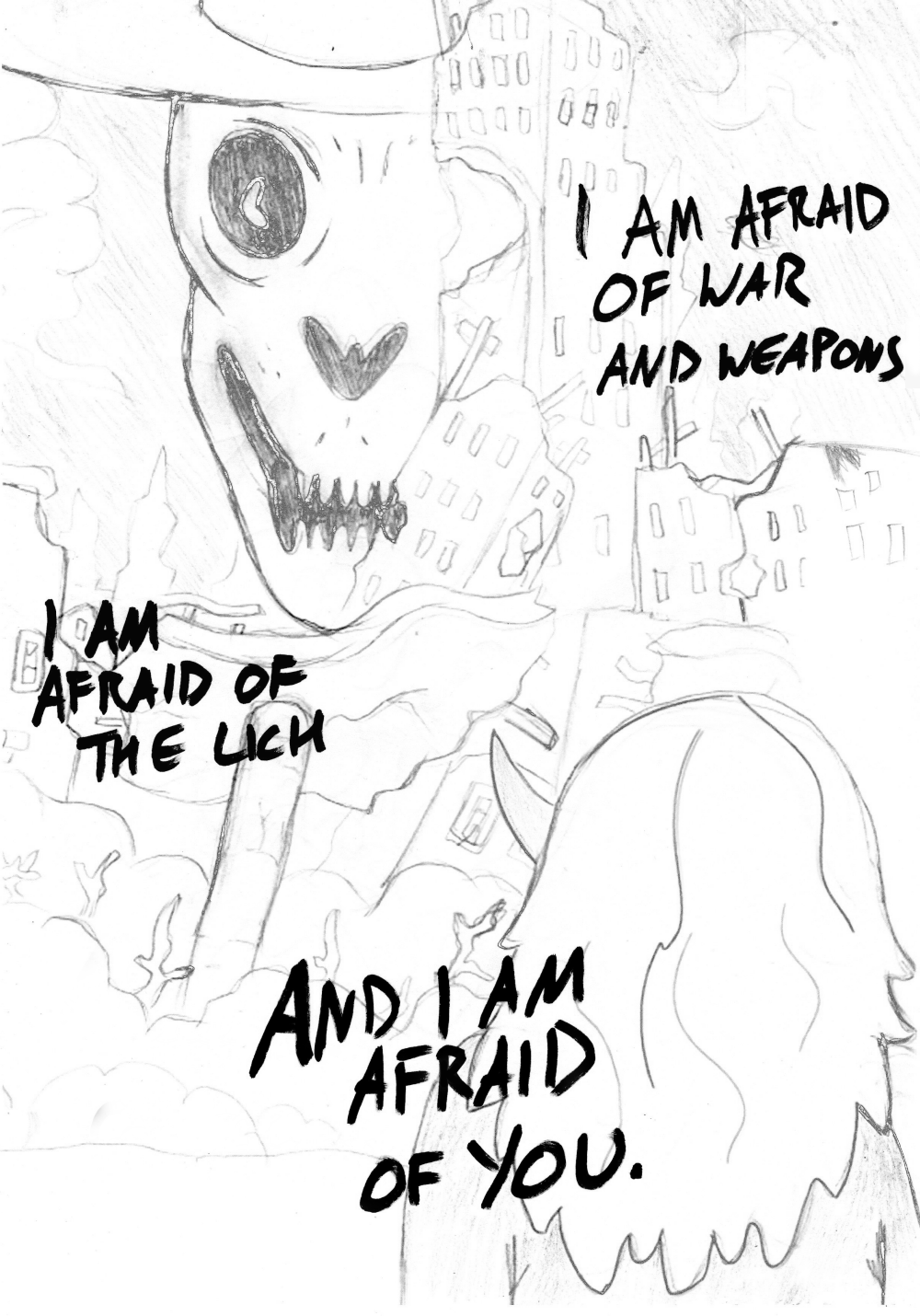 Last month I wrote an Adventure Time fanfic in which Simon, horrorstruck by the person the crown is turning him into, is contemplating suicide when Death himself turns up and talks him out of it. Okay, so far, so kindasorta bleak. But:

That line up there is said from Death to Simon, right at the end, when Simon asks what Death itself could possibly be afraid of. And something about it just got to me. I mean, damn do I relate to Simon – everything that happened to him is a pretty heavy metaphor for mental illness and I’ve got that in spades. And the idea that one’s devotion to willpower and survival could make Death afraid of you was apparently an idea I needed to hear. And also apparently had in my brain somewhere.

So me and my boyfriend made this – he did the drawing for me and I scrawled the text on. I’m keepin’ it around, and on here, just as a reminder…