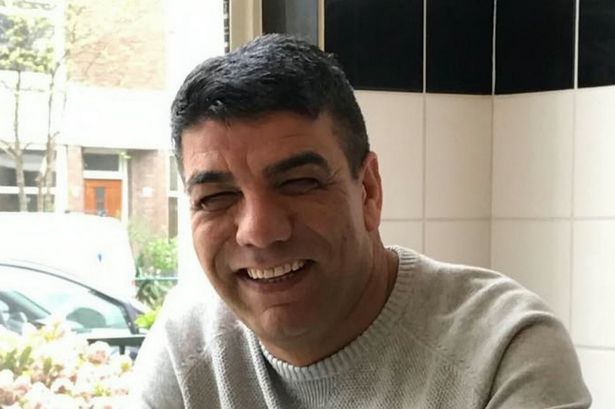 [Image: A man with black hair, in a white jumper, smiling at the camera]

Part 13 of a series of posts honoring the Grenfell Tower victims.

Mohamed Amied Neda, from the 23rd floor of Grenfell Tower

Mohamed Amied Neda tried to help his neighbours on the top floor of Grenfell Tower, but lost his life in the attempt. The 57-year-old, who
was known to his friends and family as Saber, fled the Taliban to come to
Britain, and started work as a pizza delivery driver before becoming head of his own chauffeur company. He supported his son Farhad’s career as a competitor in Tae-Kwon-Do tournaments, and drove him all over the country to compete.

He lived in the tower with his wife and son and got them to safety before thinking of himself on the night of the fire. Both of them were left in comas afterwards, but they pulled through. His son released a statement at the Grenfell inquiry:

“In the 18 years that we lived in Grenfell, there was never a bad word said about him. My dad came to the UK on 1998 with my mum and me. I was only about 5 years old, but I can remember from the moment that he set foot in the UK, that he found himself a job and he worked hard until the day he passed away.

We are a very close and happy family. I grew up in a safe home full of love and full of laughter. My dad loved life, and loved meeting people.”

He was such a friendly person that one of his customers, whom he only ever met once, called his family with condolences after he passed
away.

His brother Mohamed Aref Neda paid tribute to his heroism:

“Losing Saber was like my world came crashing down. I have faced many blows in life, losing many family members, but this was the worst.

The way in which the fire happened, his death, and the sudden severity of it all left me with so many questions and a big void in my life that I have still not come to terms with.

… The only thing I know is that my brother was a hero. He gave up his life for his family and for others.”

His family faced further heartbreak after his death when they had to hold a second funeral for him after a piece of bone was recovered too late. His wife Flora told Channel 4 of her feelings:

“I’m angry with that. We are angry. Why didn’t they check proper? Why did it take so long? Even the police aren’t getting the answer for me.

They tell the truth for us, I think it is respectful but we are angry because why they didn’t check first time and they didn’t tell us?

This time is more difficult from the first time, it is more
difficult, we did again. The ceremony … reburied, everything.”