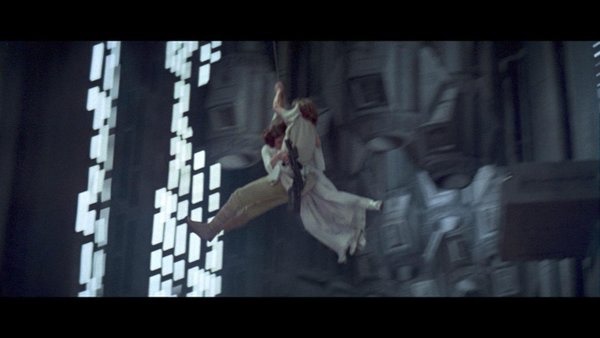 Hamill told the crowd his favorite experience from the Star Wars films was “swingin’ across with the princess” in the first movie.

“And they got it in one take. Usually they have to do, four, five, six, 10 takes,” Hamill says. “I was so disappointed.”

He said the people who set up their harness for that swing across the Death Star chasm also did stage shows of Peter Pan. “They said, ‘Do you want to fly?’ I said, ‘So much!’ So they said, ‘Unhook him from Carrie,’ and they flew me all around the set,” Hamill says. “It was Peter Pan time!”

Breaking into a growling George Lucas impression, he said: “George was like, ‘Urmmm, get him down. It’s an insurance risk. If he hits a wall like Wile E. Coyote, the whole movie’s off. He’ll be a stain on the wall.’”