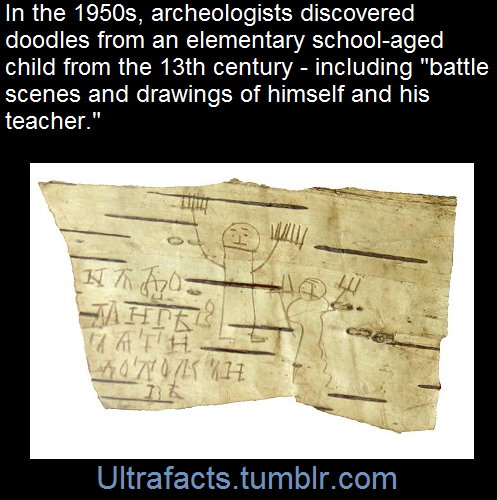 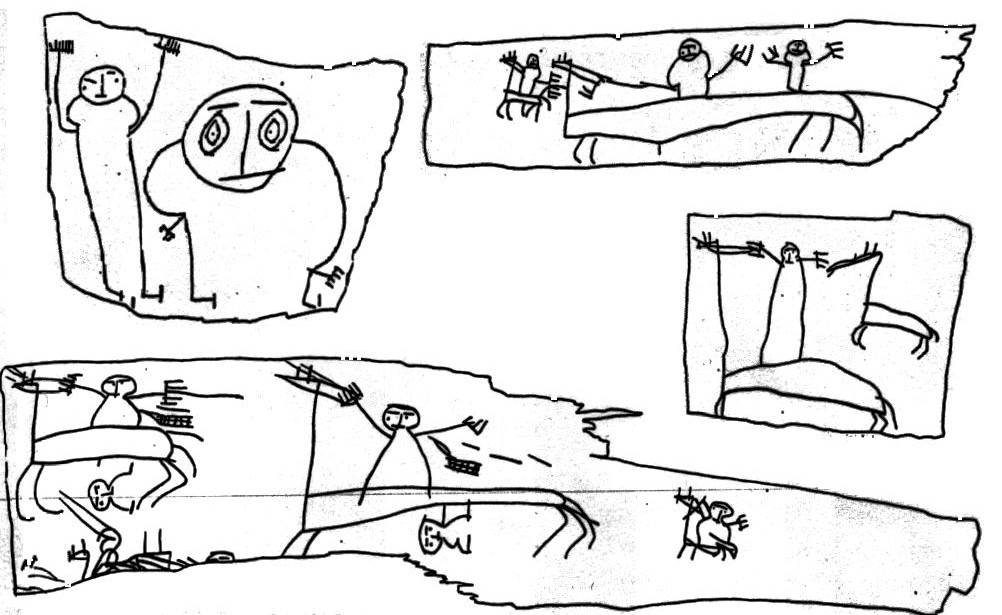 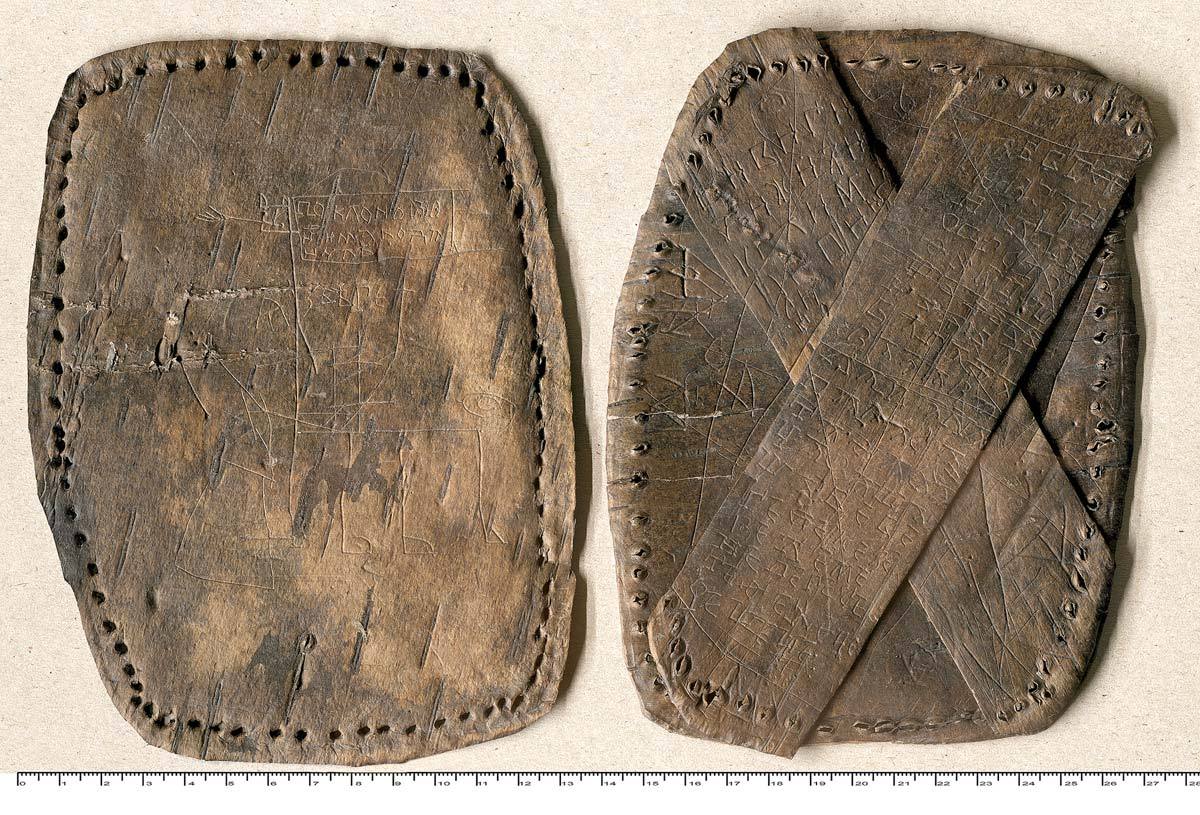 Onfim was a child who lived in Novgorod, Russia, in the 13th century. He left his notes and homework exercises scratched in soft birch bark (beresta) which was preserved in the clay soil of Novgorod. Onfim, who archaeologists believe was six or seven at the time, wrote in Old Novgorodian; besides letters and syllables, he

drew battle scenes and drawings of himself, his family, and his teacher.

Here is a picture of him as a knight stabbing someone.

(At least, he wrote his name next to the knight. Either it was supposed to be him or he was signing his masterpiece. Either way, still adorable.)

Several pictures of the original birch pieces can be found here: