Isiah Francis is his name.

After the ice bucket challenge: they raised $115m for the fight against ALS. So how did they spend it?

After the ice bucket challenge: they raised $115m for the fight against ALS. So how did they spend it?

Wanna feel better about something?

Of the $115M raised, ALSA has given 70% of it to research projects, including genetic research that might be the best bet for a treatment.  Another 20% was used to reopen assistance centers shuttered during the crash, restore funding to others and build some new ones, and provide assistance to ALS patients all over the country.  The remaining 10% went to publicity, additional fundraising and administration.

Their spokesman said that the increase in visibility and awareness for ALS is immeasurable, and ought to benefit them for years to come.

So next time you get sick of a viral campaign, maybe reconsider. 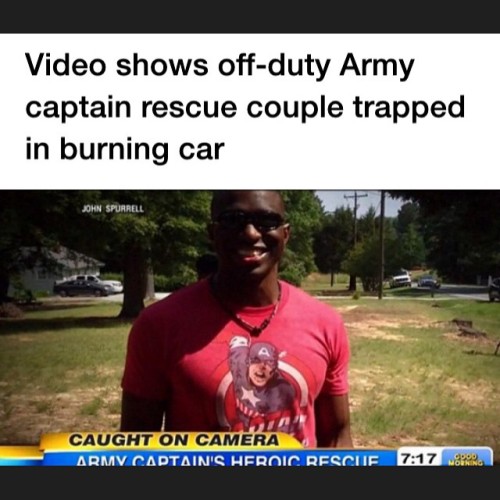 This week, Army Captain Steve Voglezon is being called a hero for pulling a trapped couple to safety after coming across a fiery car wreckage.

According to WNCN, William Thompson, 67, was driving his wife Kathleen, 63, through Chatham County, North Carolina on Sunday afternoon when another driver, Mark Ricketts, 59, crossed into their lane, smashed into their Acura sedan head-on and flipped his silver Chrysler SUV.

Both vehicles went up in flames.

Luckily, Captain Voglezon – who was fatefully wearing a ‘Captain America’ T-shirt – drove passed the scene while headed to the mall with his girlfriend and ran to help.

Video taken by a witness shows Voglezon grab a fire extinguisher and use it to smash the windows of the couple’s car before pulling out Mr. Thompson and dragging him to a safe distance away from the fire. He then returns to the wreckage to do the same for Thompson’s wife.

‘Had I not been a soldier I would not have known what to do,’ he told ABC News. ‘The Army has helped a lot.’

HIS NAME IS STEVE 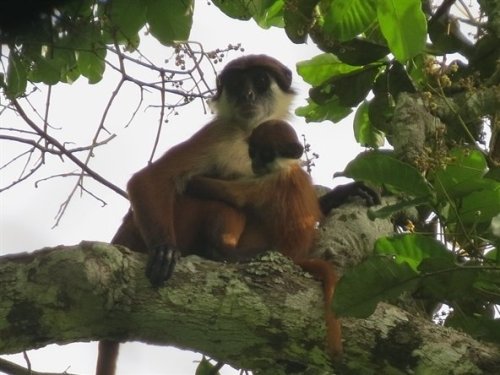 Welcome back, Bouvier’s red colobus monkey. It’s been a while.

The African primate hasn’t been seen since the 1970s and was assumed to have become extinct.

But, in a statement released late last week, the Wildlife Conservation Society says two primatologists working in the forests of the Republic of Congo were successful in a quest begun in February to confirm reports that Bouvier’s is still out there. They returned with a first-ever snapshot of a mother and infant.

“Our photos are the world’s first and confirm that the species is not extinct,” Lieven Devreese, one of the field researchers, was quoted in the WCS statement as saying. 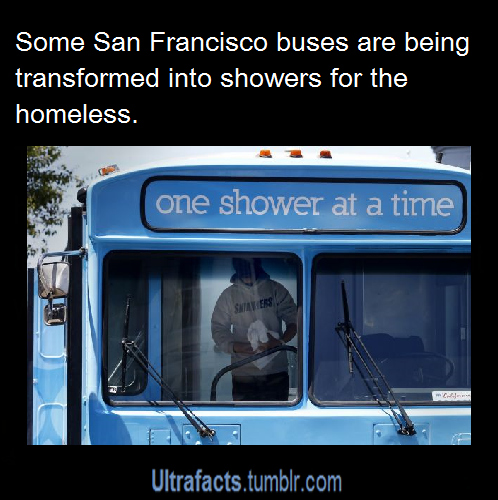 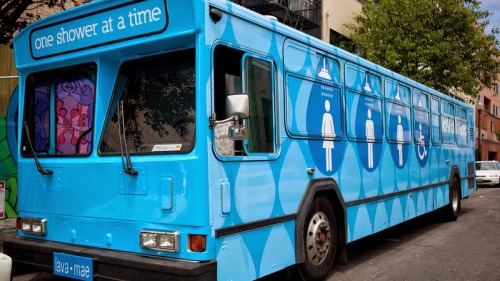 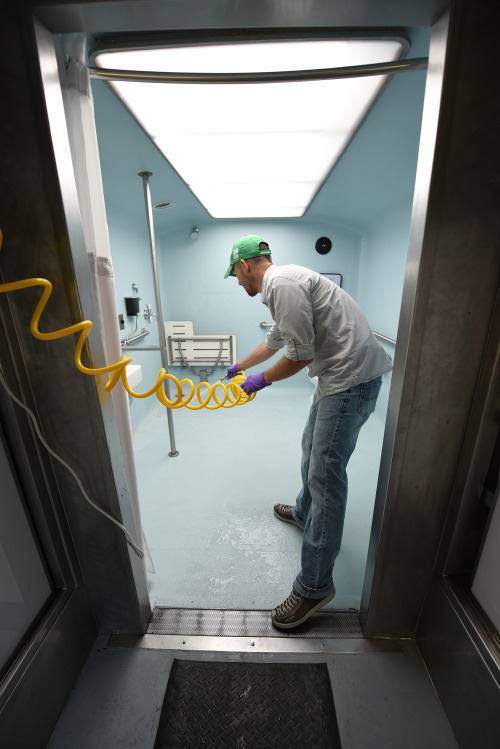 A nonprofit group is taking a novel approach to helping the homeless in San Francisco with a new bus that allows them to take a shower.

The former public transit bus has been outfitted with two full private bathrooms and offers hot showers, clean toilets, shampoo, soap and towels free of charge. The founder of the nonprofit Lava Mae mobile shower bus (Doniece Sandoval) said she wanted to return a sense of dignity to those living on the streets.

For Ibrahim, life was bleak.

Bedbound and paralyzed as the result of a car accident over half a year ago, he had not had a visitor from his family in months and was in desperate need of life-changing surgery that the Saudi Arabian could not afford.

Alone and isolated, there was not too much joy in Ibrahim’s life.

That was until he posted a tweet aimed at encouraging one of the few followers he had to come and visit as he lay paralysed in his bed.

With his tweet he hoped that at least one sympathetic person might hear his call and provide some much craved company for him.

What he did not expect was the social media storm that it would create.

The hashtag #VisitIbrahim circulated through social media circles and within just 24 hours it had been retweeted over 200,000 times.

Not only that, but Ibrahim got a lot more than he bargained for when hundreds of people from all over Saudi Arabia came to visit him.

Clutching flowers, pizza and other gifts there were cues of hundreds of people outside the King Khalid University Hospital in the country’s capital Riyadh, all with the aim of meeting Saudi’s latest social media star.

The hospital became so busy that its officials had to put a temporary ban on all of its visitors as the number of people in the building was affecting the work of its staff.

Yet Ibrahim did not only benefit from the tweet in terms of footfall and flowers, so compelled were the Saudi Twitter community by Ibrahim’s story that they contributed financially towards the life-changing surgery Ibrahim dreamed of.

The surgery which would cost $130,000 and involve Ibrahim travelling to Germany was quickly covered by the generous donors from the oil rich middle-eastern country.

Pictures showing visitors posing, talking to and even feeding the paralyzed man were posted on Twitter.

It is now hoped a trip to Germany can be organised soon so that that Ibrahim can get the surgery he is so in need of. 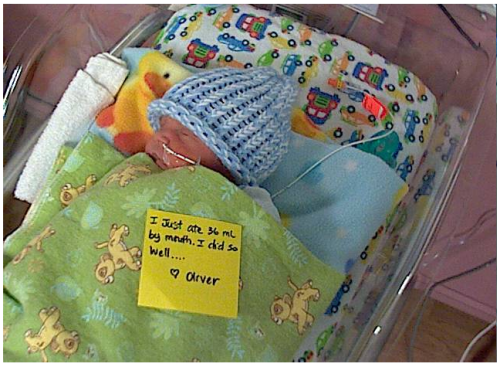 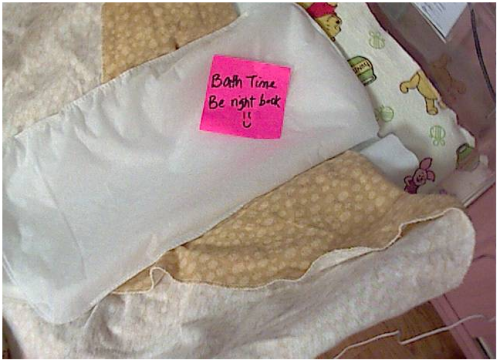 the nicu in the hospital that my premature newborn son is staying at has a webcam set up above his bassinet that streams him live to my laptop 24/7. the nurses will write me messages on sticky notes and leave them for me to read. it’s comforting, especially when i’m feeling sad about not having him at home with me!

So I went on Omegle today out of boredom and I meet up with three police officers from Iraq. We all became best friends and had a competition of “who can balance an object on their head the longest.” I chose a shoe and they chose a gun. I ended up winning with the shoe. I think this screenshot really captures the spirit. 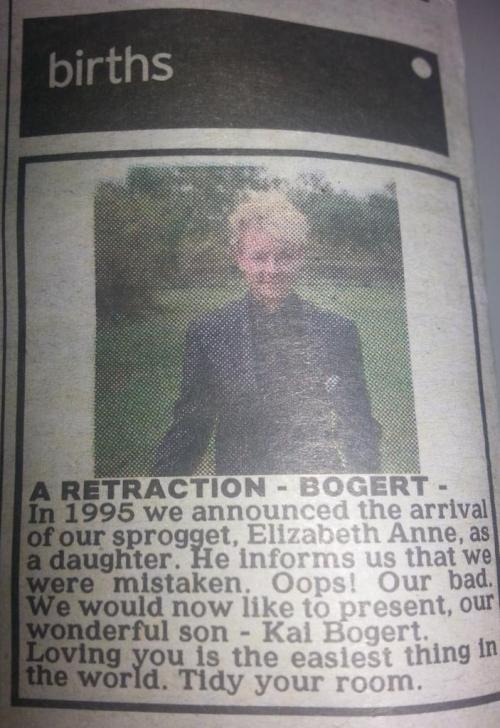 It comes from the Courier Mail in Brisbane, Australia. I’m grateful to Twitter’s @frostyagnes for bringing it to our attention.